Sable Island is frequently called “the Graveyard of the Atlantic,” because of centuries of shipwrecks that have piled up on its shoals. This island, a remote sliver of dunes and scrub far off the Nova Scotian coast, is Canada’s newest national park. Recently I became aware of a curious relic on the island, close to the West Light.

“Lifesaving” Universal Carrier, Sable Island. (courtesy of A. Taylor) note inventive “barrel” some wag has stuck in the front armoured plate where the Bren Light Machine Gun would have been fitted!

Familiar with Second World War vehicles, the photo, sent to me by a relative currently on the Island, clearly showed the low silhouette of a Universal Carrier, a light tracked-vehicle used for many roles by the Canadian Army from the early years of the War until the mid-1960s. My first reaction was astonishment, but there was an image or two online of the wreck, and a “Motor Museum” enthusiastic online article about building a miniature of this vehicle which explains: “Our model represents a Universal carrier which was used to tow lifeboats, a job previously been done by horses, up and down the coast to launching positions suitable for the crisis at hand. Little is known about it but it is our tribute to the brave souls who saved countless lives and to a weapon of war that ended it’s days saving lives not taking them.”

A fan of Sable Island lore, I decided to see what I could find out at Library and Archives Canada. At least some of the story comes out in 1946-1952 Department of Transportation reports about the equipment on the Island.  Shortly after the War, the DOT, then responsible for the facilities on the Island, was evaluating new lifeboats for the Humane Establishment, the lifesaving and shore patrol facilities.  Up to this point, horses or oxen had been used to help haul the boats (on a wheeled cradle) out from the station boathouses to launching sites. The file details tests of US Coast Guard designs for modern lifeboats. An idea was put forward that mechanical transport would be preferable to animals, and using surplus carriers seemed an inexpensive solution.

One of the Canadian War Museum’s carriers, painted with markings for the Lincoln and Welland Regiment, Royal Canadian Armoured Corps  (author’s photo)

There were mixed opinions of the suitability of a carrier, with some parties (including the Chief of Aids to Navigation) thinking it would soon be immobilized in the sandy dunes. Attempts at procuring a test vehicle were frustrated when a vehicle offered up from War Assets stocks in Debert, N.S., was found to have over 2,000 miles on it (DND ordnance personnel had advised the transportation officials this was too much to guarantee reliability). The eventual 1942 Ford carrier was shipped all the way from Longue Pointe Ordnance Depot, near Montreal, to Dartmouth, N.S., and sent out to the island in the usual steamer resupply on Canadian Government Ship LADY LAURIER, accompanied by a Willys MB Jeep (I have no idea what happened to this). After a lot of casting about online, I located this tweet and image: 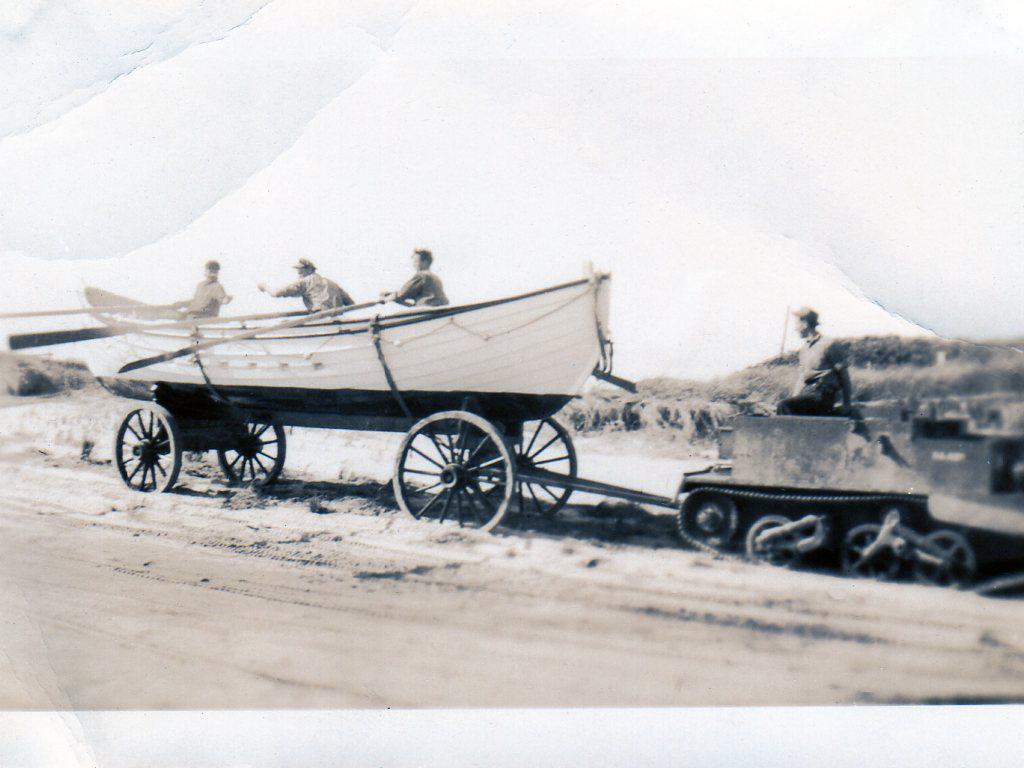 Whatever the trials and tribulations of this carrier on the Island, the era of modern navigation made shipwrecks (mostly) a thing of the past, and the stations were all abandoned in 1958. The carrier, like much else, became derelict. Today, it is a conspicuous wreck from the last phase of the Humane Establishment’s Century-and-a-half of life-preserving efforts.