French Navy 35 Ship Classes documented with 58 captures. Along with Greek naval ports, the French naval ports of Brest, Toulon, and Cherbourg are some of the most effectively pixelated naval areas in the World, making finding updated, recent imagery of warships difficult. 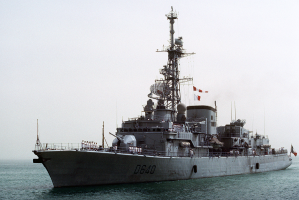