Back to USN Retired Landing Ships 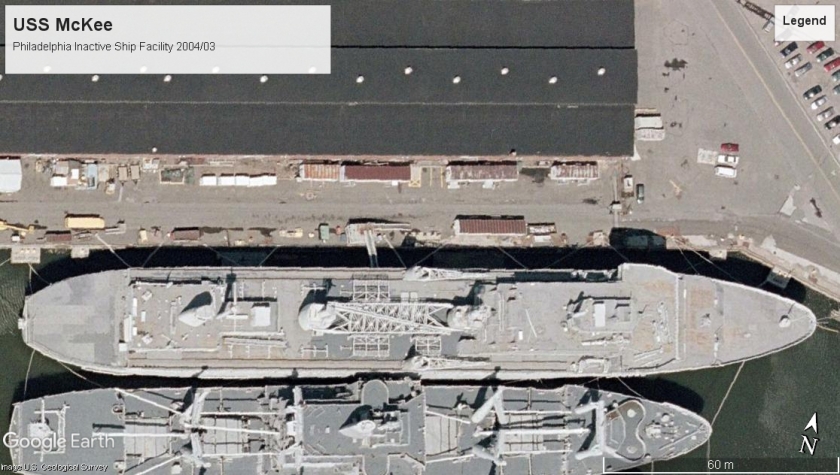 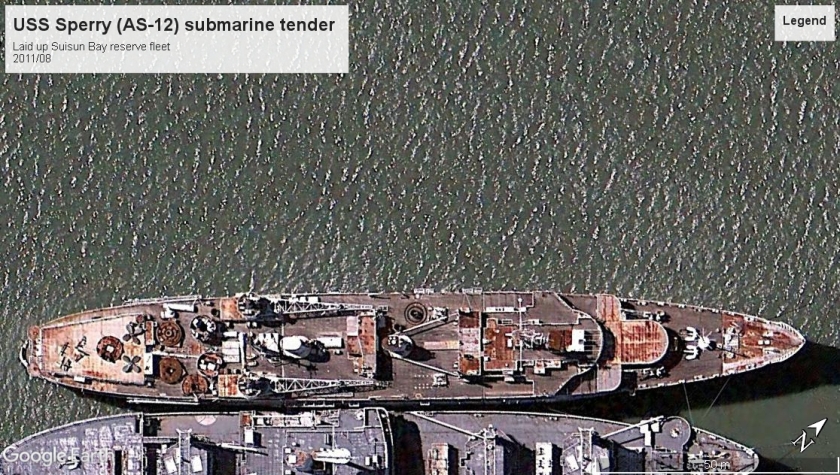 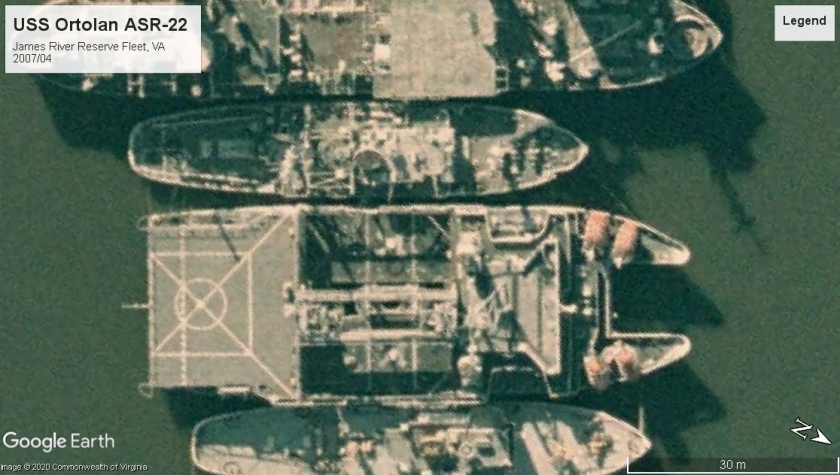 USS West Point AP-23 (Originally SS America- United States Lines) (1939) LOA 723′ TDISP 35,000 tons wartime USS West Point (1941-1946). Long postwar career as America, and many other names. As SS American Star wrecked on way to scrapping, 1994, Playa de Garcey, Fuerteventura in the Canary Islands. For many years the wreck-site was an attraction, with the front half of the vessel gradually deteriorating. In 2007 the bows collapsed into the sea and little remains visible. 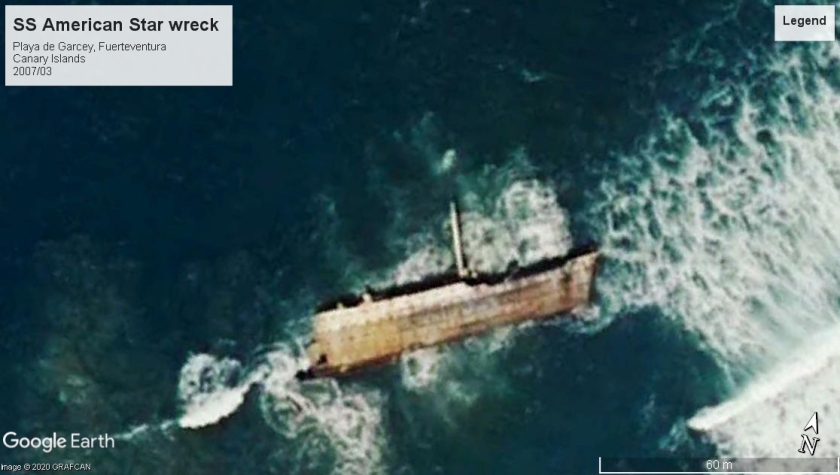 USS Sanctuary AH-17 (1945 – 1975) laid up until 1989, sold to civilian use, attempts to convert to an addiction recovery center were mired in legal battles over cost of docking the vessel in Baltimore, MD, eventually sold for scrapping in Brownsville TX, 2011 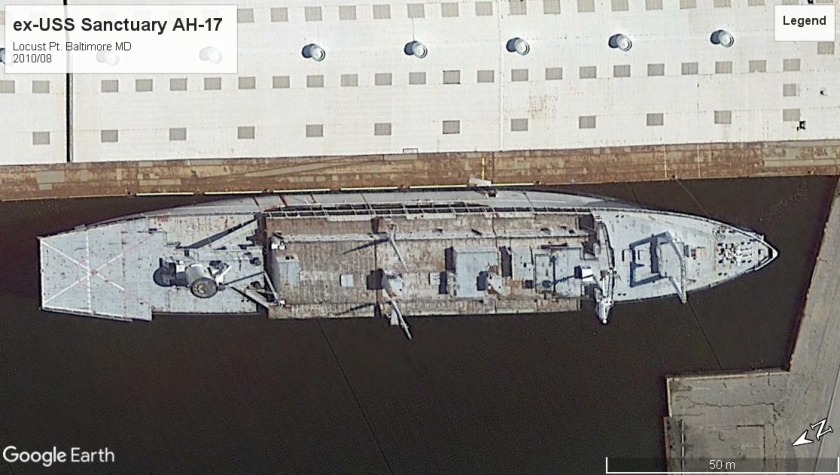 USNS Observation Island T-AGM-23 (1958-2014) LOA 564′ TDISP 17,000 tons Originally launched as a Mariner Class merchant ship for the US Maritime Commission in 1953. Extensively converted to an experimental platform for ballistic missile research, and then to a missile range instrumentation ship (similar to Russian ships in this role). Conducted Polaris missile launch tests in 1959-1960. After transfer to the Military Sealift Command, the ship was fitted with the massive Cobra Judy radar, on a rotating mount near the stern, to help verify strategic arms limitation treaties by scanning for ballistic missile launches. 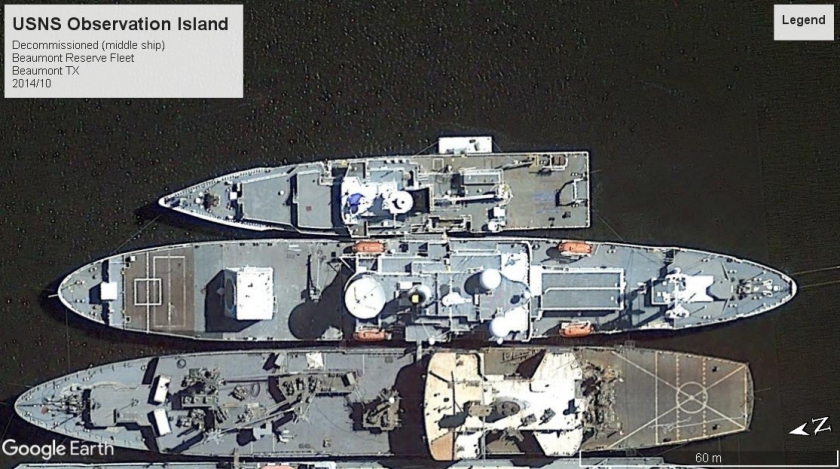 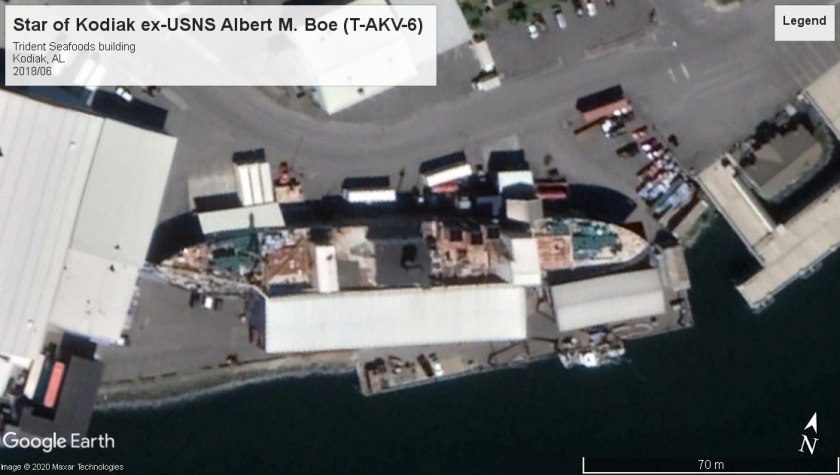 SS Arthur M. Huddel (1943) Converted to a fuel pipe carrier, veteran of Operation Pluto, Normandy operations, 1944. After the War she was reactivated as a cable layer and involved in the construction of the Distant Early Warning (DEW) Line, and again later reactivated by US Navy as a barge to help lay the SOSUS sonar surveillance network in the Atlantic. After a long period in reserve at James River, where she contributed parts for the SS John W. Brown reconstruction, she was transferred to Greece as a museum ship in 2008. 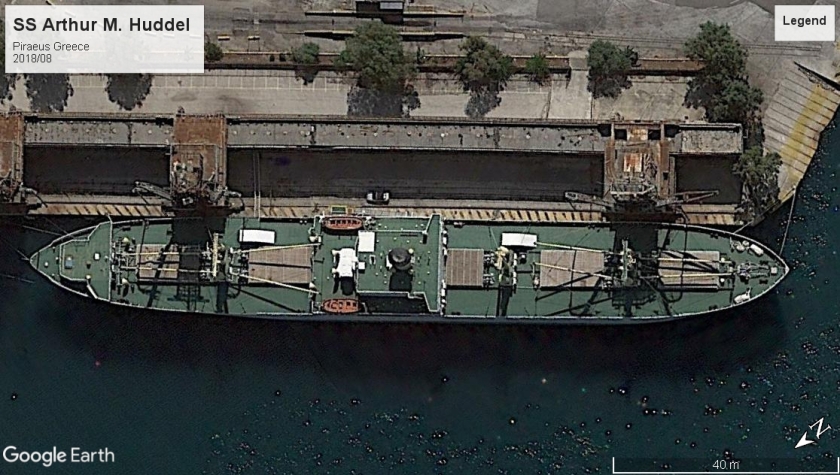