Back to USN Retired Mine Warfare Vessels 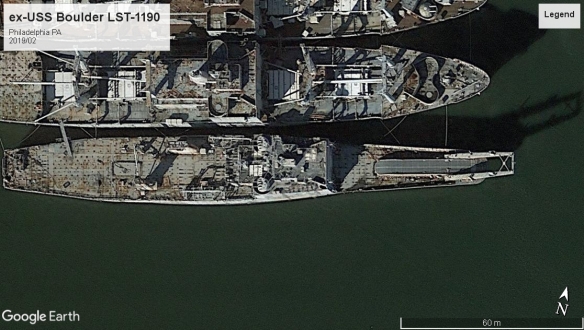 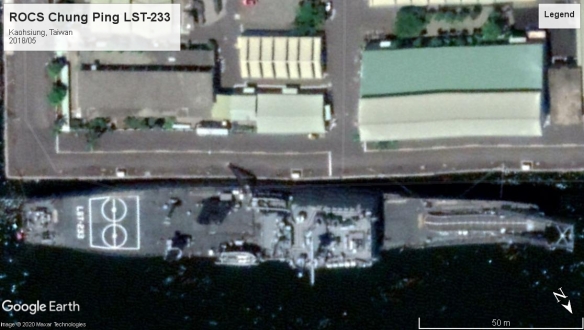 Note the twin 3″ guns behind the bridge in port and starboard gun tubs have been replaced by Bofors 40mm mountings. 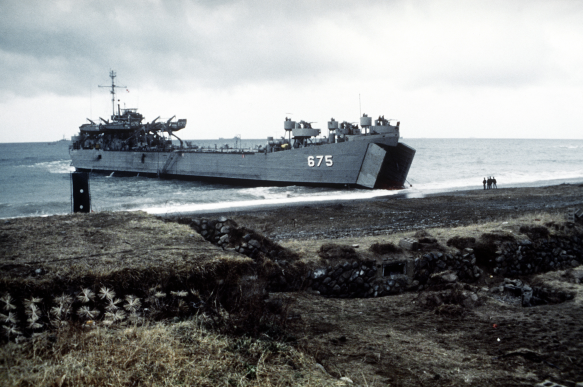 Of these two LSTs, the top vessel is a LST Mk. 2 of the LST-1 subclass (based on the elevator to the tank deck near the bows) and so should be the BRP Laguna,the sole of its type in Philippine Navy service. The lower vessel is an LST-542 subclass, with the vehicle ramp down to the tank deck. This feature allowed LSTs to unload loads of lorries off the upper deck faster. Both vessels have their bow doors open.

USS LST-325 exhibits the features of an LST-1 sub-class including the distinctive elevator to the tank deck in the bows (with a truck on it). The ship’s bow doors are open, and there is a landing craft, an LCM, on the dock next to the ship’s bridge. 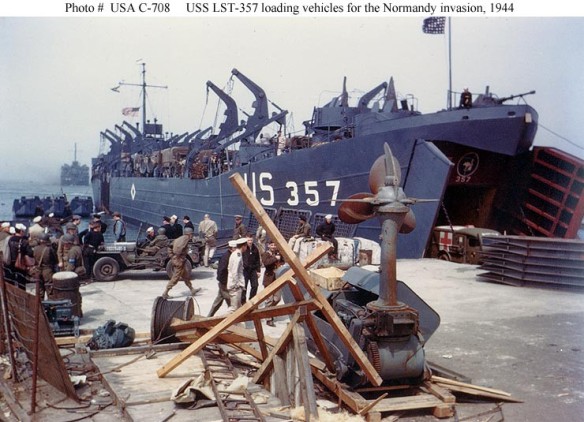 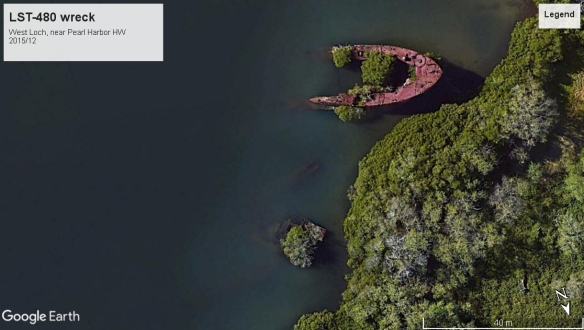 The bows of LST-480 are still visible, with the bow doors missing. 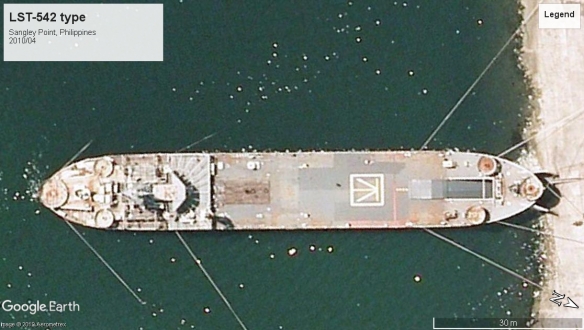 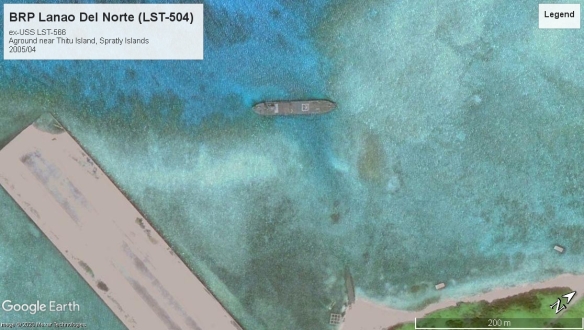 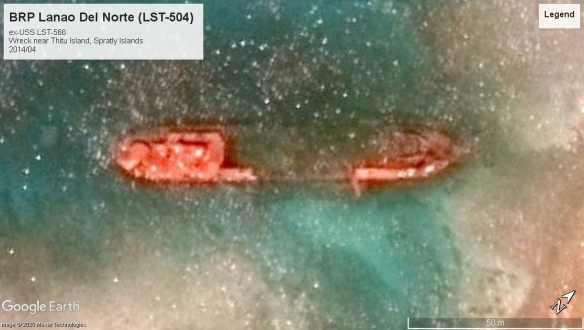 ex-USS Harnett County LST-821 (1944 – 1970) transferred to South Vietnam (1970 – 1976) RVNS My Tho then transferred to Philippine Navy as BRP Sierra Madre, still in commission but used as a stationary outpost permanently grounded on a shoal in the South China Sea in 1999, as a result of a territorial dispute with China over Spratly Islands. 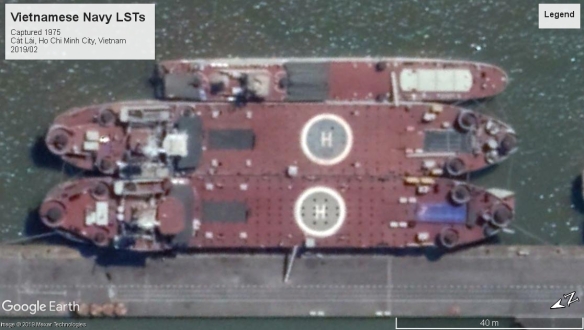 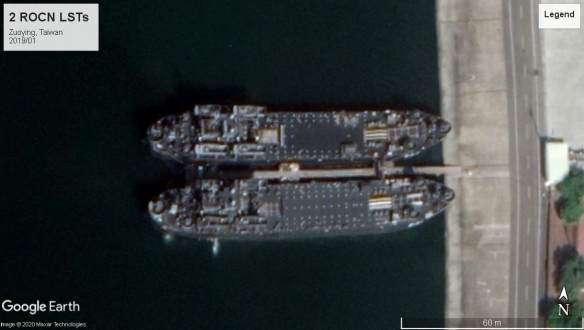 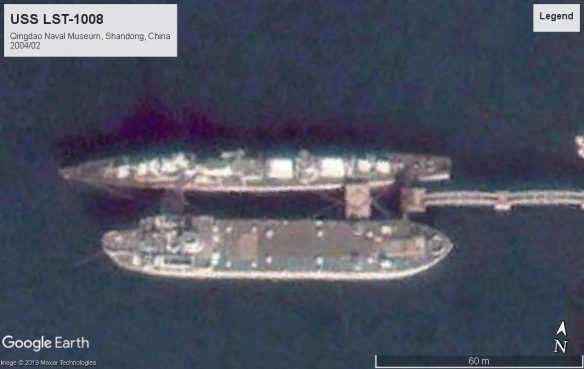 17 LSMs transferred to Republic of China (Taiwan) 1946-1962. These were modified, having a central bridge structure. All were decommissioned by 2010 and appear to have been scrapped. 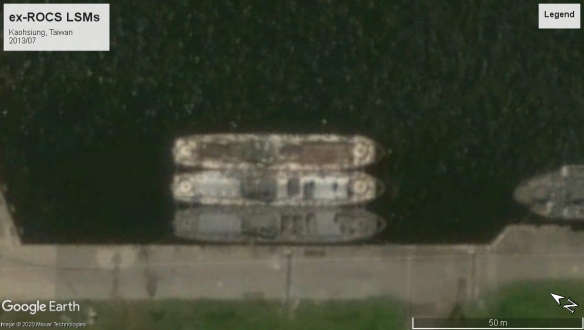 Camouflage scheme in 3 shades of green for a LCS (large) dated 1944. Courtesy of the Naval History and Heritage Command: 19-N-73633 original at NARA Bureau of Ships Collection 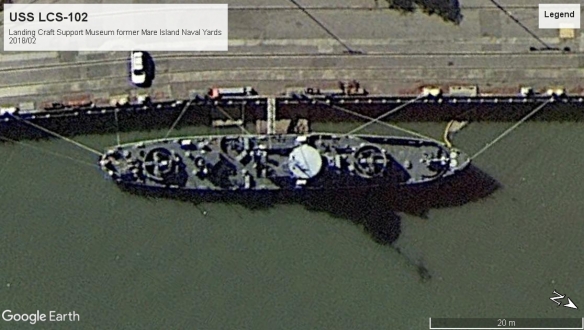 Continue to USN Retired Auxiliaries and Other Ships