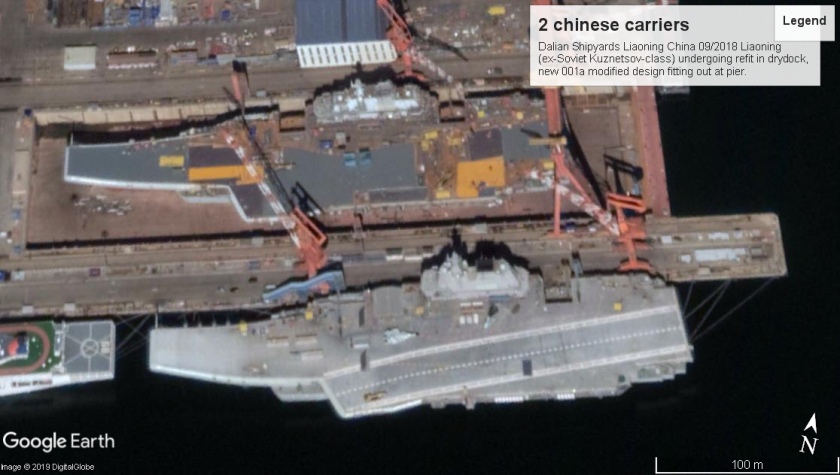 Type 003 class under construction, with a likely completion date of 2022. LOA ca. 1,040′ TDISP 85,000 tons. The below view shows this at the Shanghai shipyards (Jiangnan), close to completion and at the earlier stages of mega-block construction. For views of USN supercarriers of similar size being dismantled, see our page. Overall, the deck lines seem most similar to the Kitty Hawk class variant USS John F. Kennedy, CV-67. 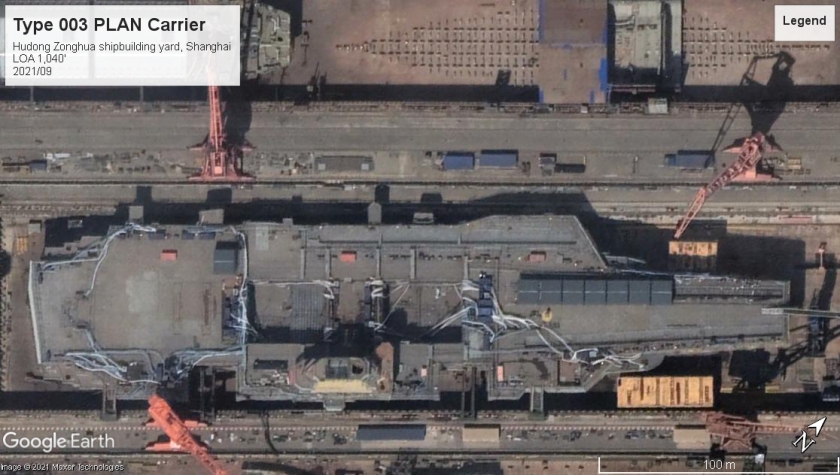 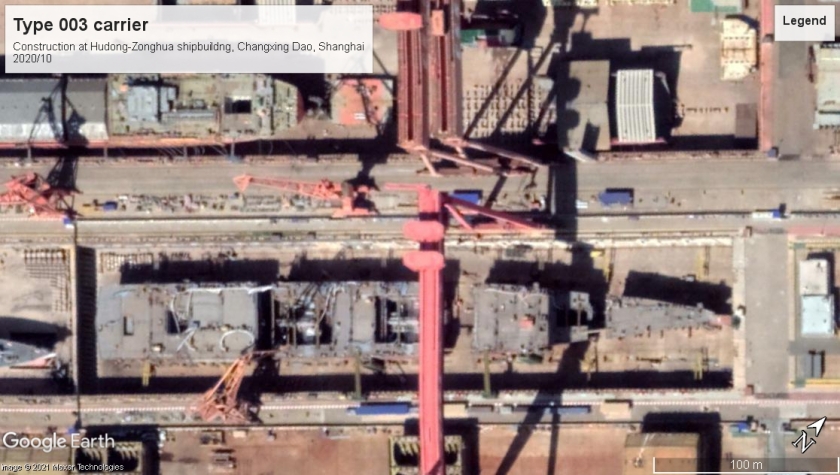 Shandong 17 (modifications from Kuznetsov design) (2019) LOA reported as 1033′ but careful measuring of multiple captures suggest an actual overall length closer to 1005′ TDISP 70,000 (more likely this is also about 1000′ long)

Type 001 class Modified Kuznetsov-Class heavy aircraft-carrying cruiser Varyag, left unfinished on the dissolution of the Soviet Union in Mykolaiv, Ukraine. The Ukrainian government sold the derelict “dead” ship to China in 1998 under agreement it would become a floating casino. Instead it was “re-animated” (my term) being rebuilt and converted first to a training carrier, and now an operational carrier. 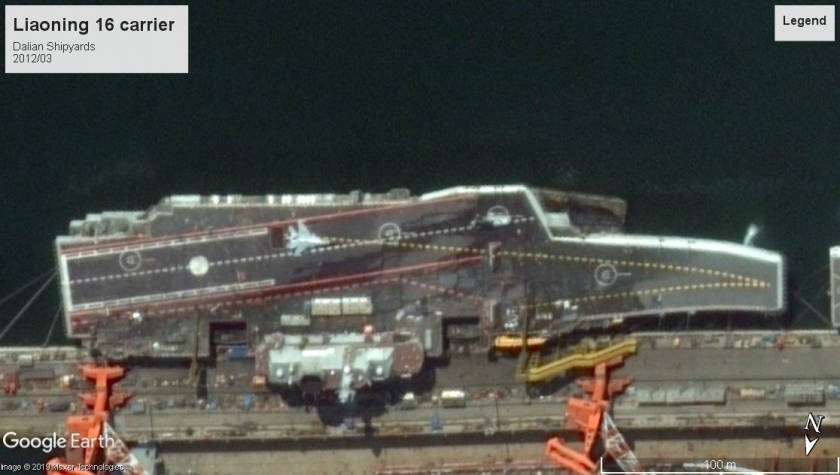 Mock carrier in Shanghai built into a lake LOA 725′ reduced layout of what appears to be closer to a US supercarrier.