Frigates (most of these are light frigates, or large corvettes)

Nampo/Tuman Class LOA 249′ TDISP ca. 1,500 tons (2 or 3 fitting out or active, service since around 2014). There seem to be two different designs grouped under discussions of this class: one design has more beam, while helicopter flight decks were fitted during construction but then removed. The details of the deckhouses and funnel layout also varies. 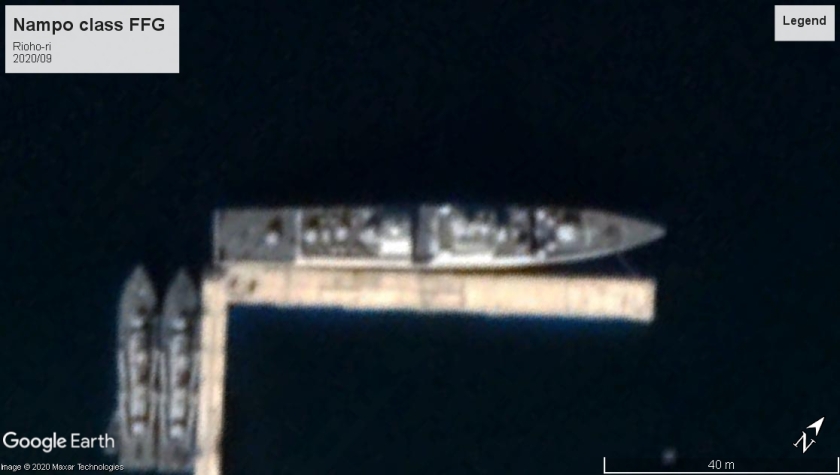 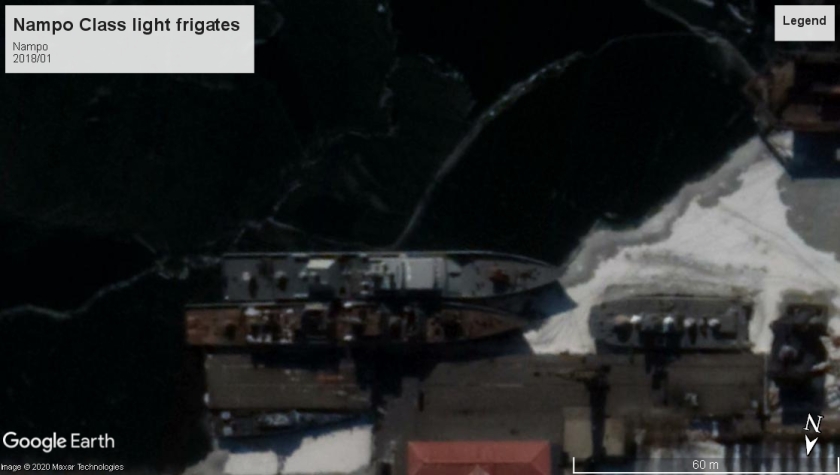 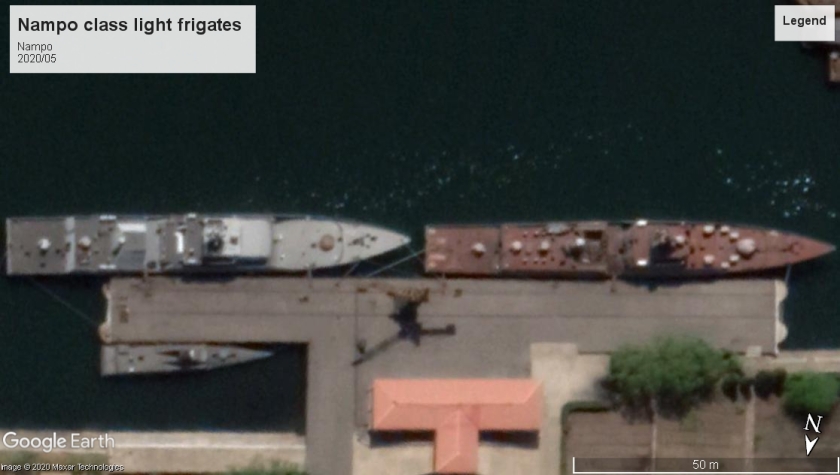 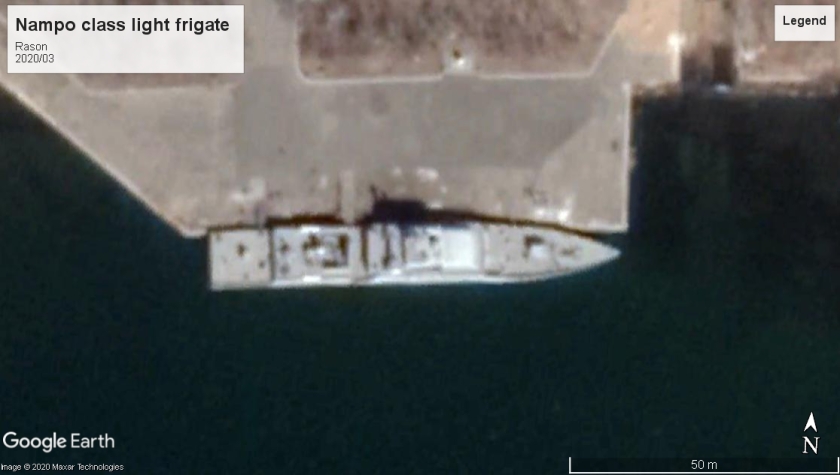 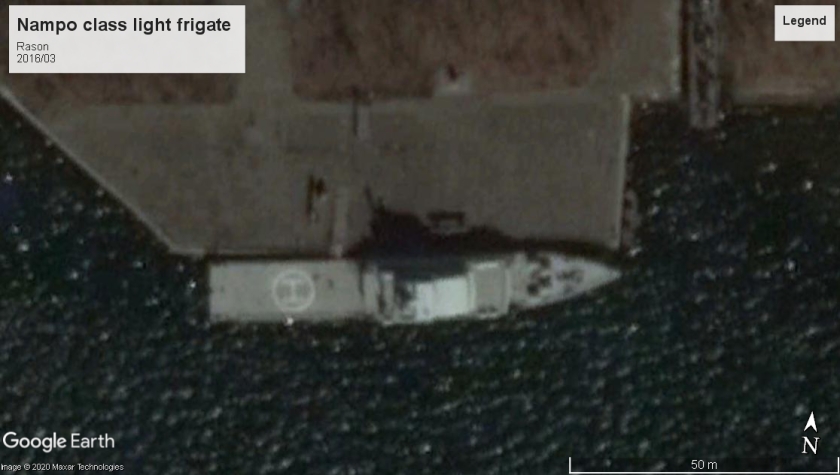 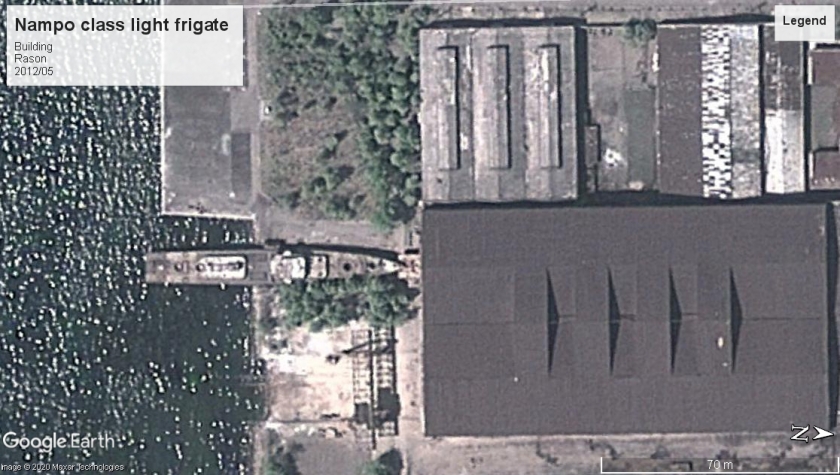 Soho Class LOA 242′ TDISP 1,640 tons (6 planned, only 1 completed, service ca. 1982-2009) unusual experimental catamaran design with large helicopter flight deck. Reportedly suffered from serious stability issues which restricted movements and ensured no more units were built to this design. The below drawings were prepared by warsearcher staff and are a synthesis of the very speculative plans and online drawings, the general information found in Jane’s fighting ships 1998-2007 editions, and measurements taken from the below satellite image, one or two images reputed to be of sections of the vessel, and the only other known satellite capture, a digital globe capture not available on Google Earth. WARSEARCHER CREATED PLAN COMING SOON! 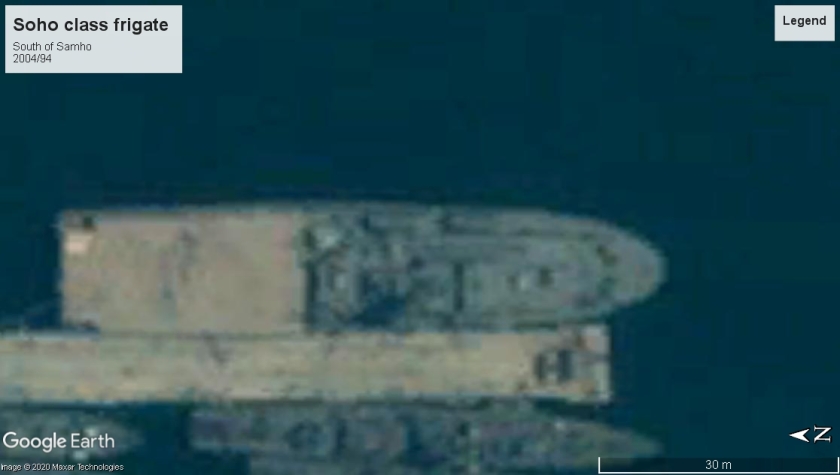 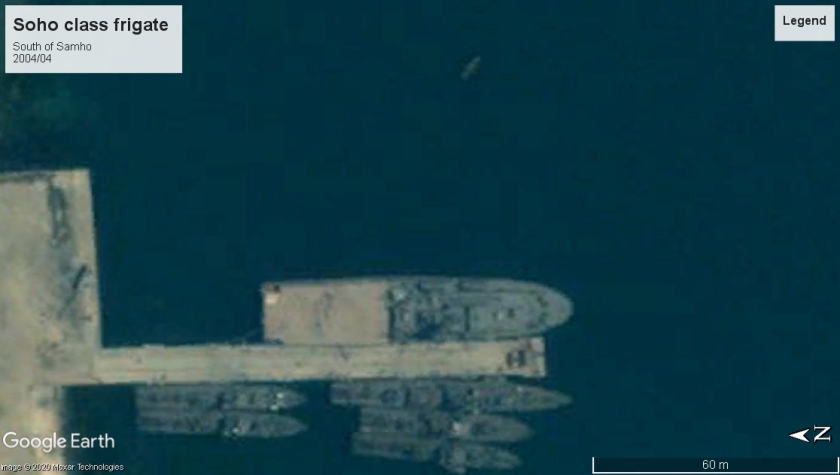 Najin Class LOA 328′ TDISP 1,600 tons (4, 2 active, service since 1973) Reportedly an unstable design with two ships decommissioned early. They appear to have been based on a Soviet Kola class frigate design. The old STYX anti-ship missiles have recently been replaced by Kh-35 or similar missiles. 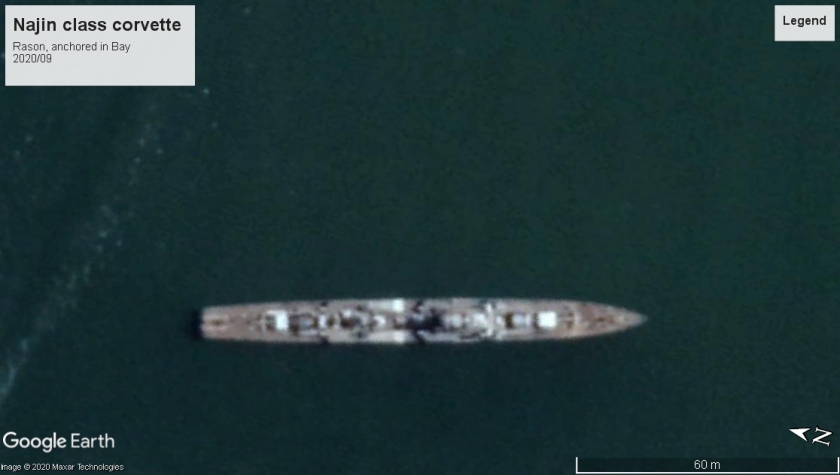 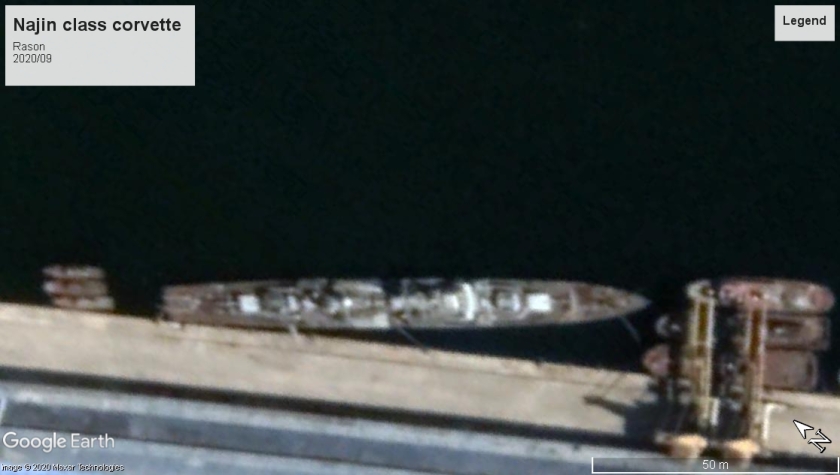 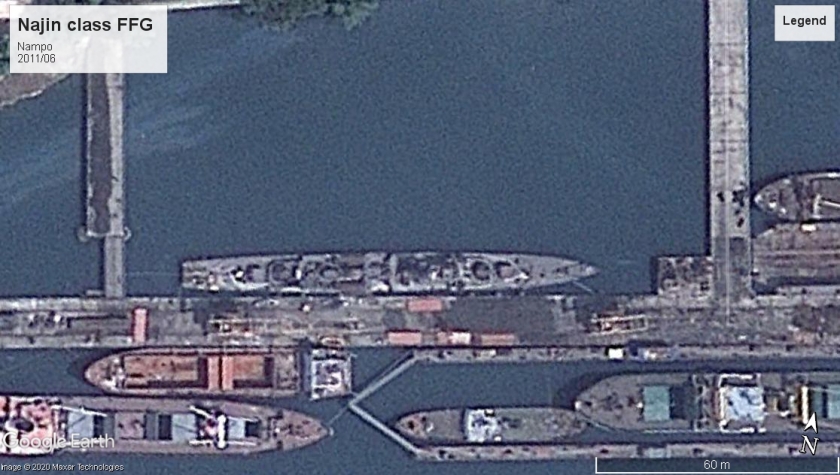 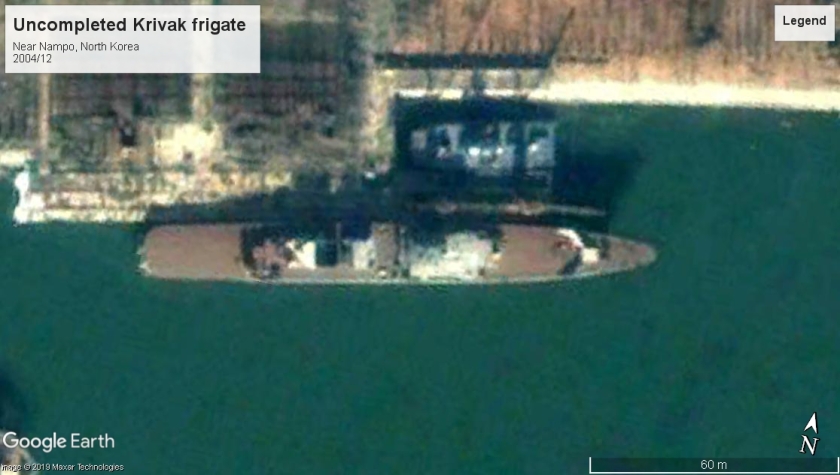