Back to Italian Navy Aircraft Carriers

Trieste Landing Helicopter Dock (LHD) fitting out at Fincantieri, near Naples LOA 803′ / 244.8 m TDISP 33,000 tons. Though it appears to be classified an LHD, it is longer and  similar in displacement to the Cavour aircraft carrier, but will be equipped with helicopters and have a floodable well deck for amphibious landing vessels and armoured vehicles. Expected to commission in 2022. 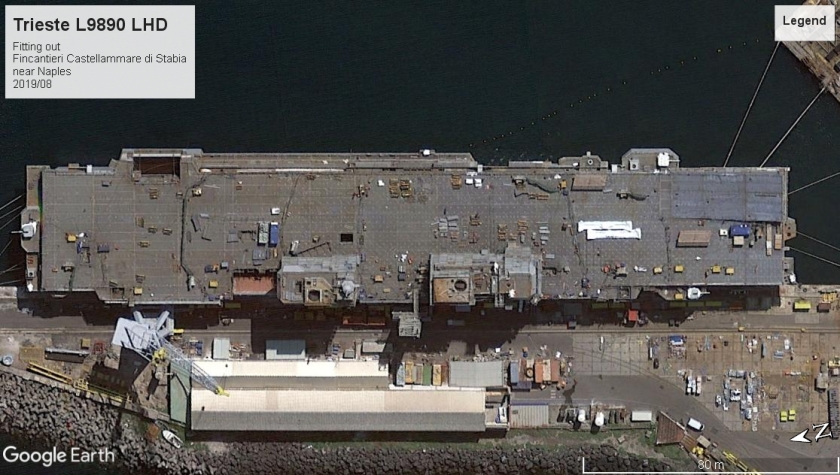 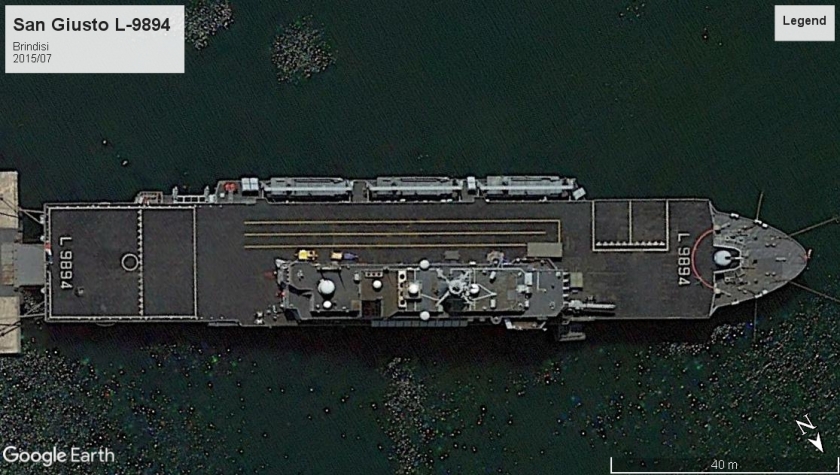