ex-HMS Zenith R-95 (1944) transferred to Egypt 1955 as El Fateh, modernized in early 1960s. Last active W or Z class British destroyer, and for many years was a training ship. This name given to new vessel in 2017, status unclear as of 2019, but nearby captures show a vessel of same basic length and width having been dismantled 2016, and when this imagery is overlaid with earlier captures this would tend to confirm scrapping. 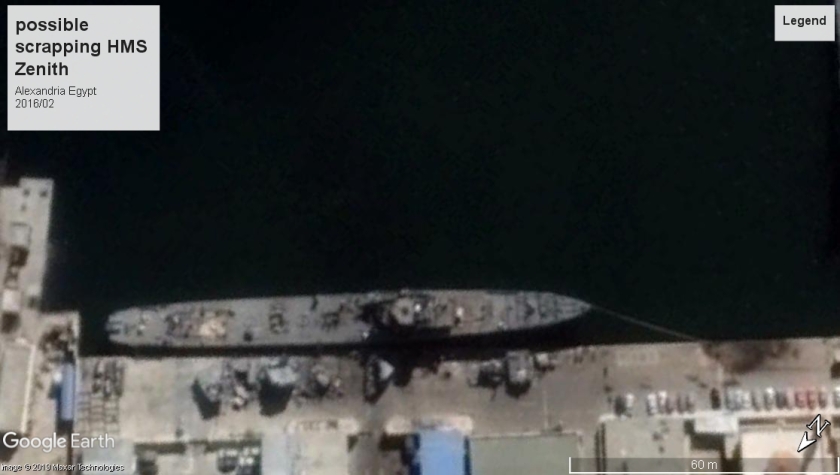