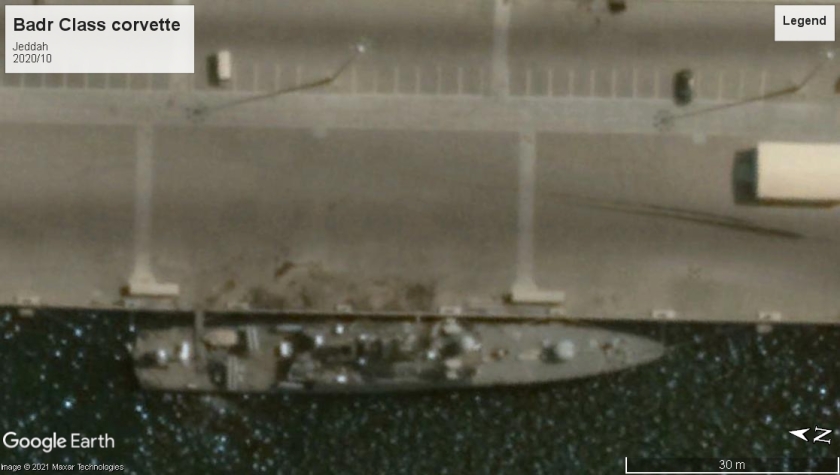 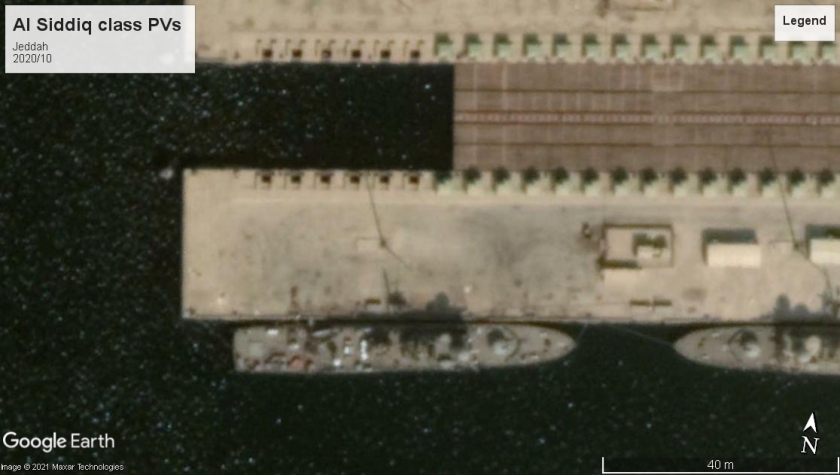 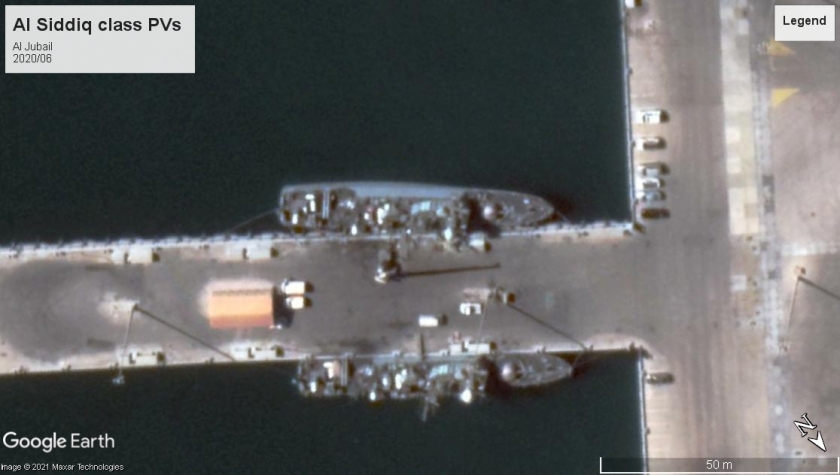 Jaguar Class Fast Attack Craft (torpedo) Lurssen (German built) LOA 139′ / 42.4 m TDISP 190 tons (3 retired, service 1969-1990s?) Export model of a German type. All 3 units were retained at Al Jubail long after their service lives, used for alongside training. The last one appears to have sunk at the end of the dock in 2013. 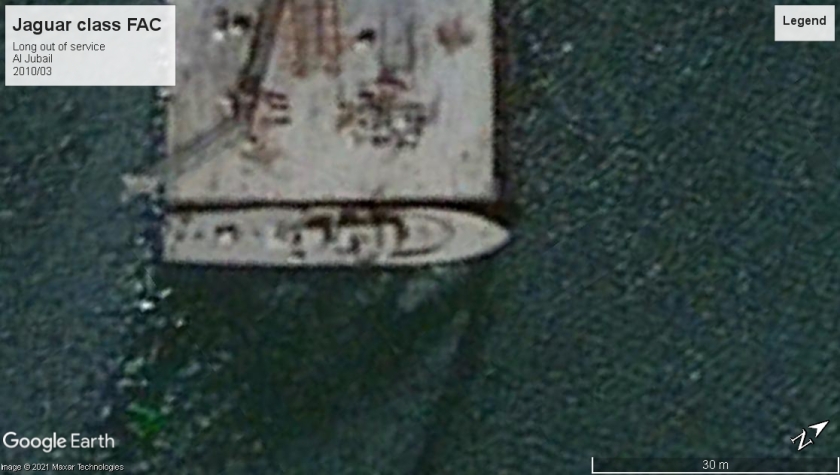 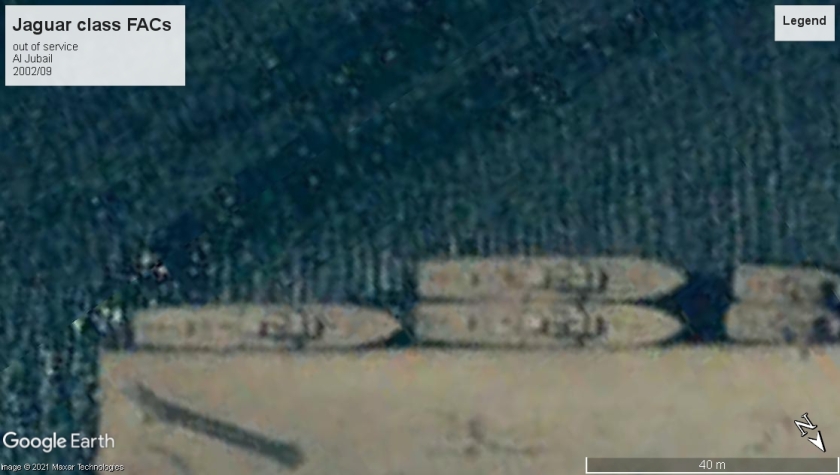 Continue to Mine Warfare Ships