Submarines note: many or most PLAN submarines are named “Great Wall” / Chángchéng with a pennant/hull number. 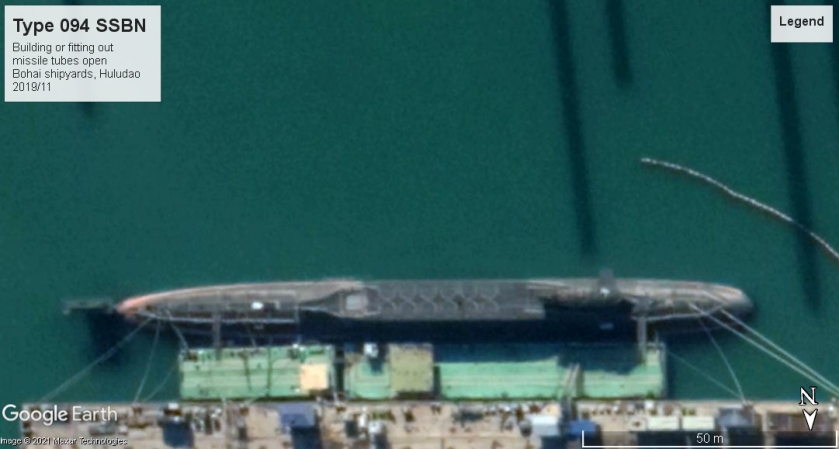 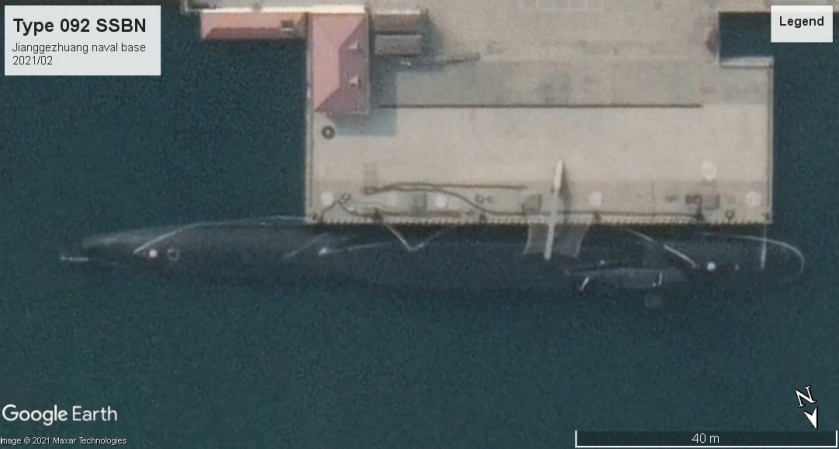 Type 032 (NATO: Qing Class) (2012) LOA 304′ TDISP 6,630 tons submerged. This is reportedly the largest conventionally powered submarine in the World (by displacement). It currently serves mostly a test submarine, which replaced the Type 031 (modified Golf II class) below. The boat has the overall outlines of a Type 39A Yuan class, with a significantly elongated sail, which has missile tubes in the after portion. Like the older Golf submarine design, it has a pushed-out section beneath the sail, which extends below the rest of the hull. 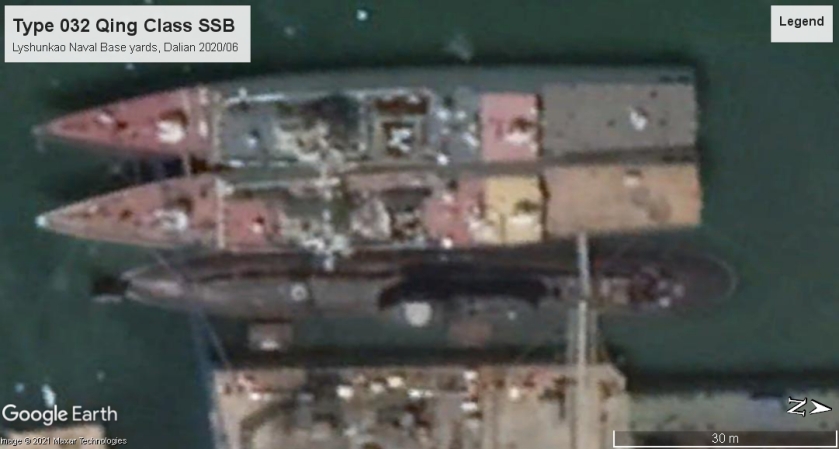 Chángchéng 200 Type 031 (1966-ca. 2018) LOA 320′ TDISP 3,000 tons submerged. A variant of the Soviet Golf II class. Appears in imagery to have been preserved as a museum boat at Qingdao Naval Museum after leaving its longtime homeport of Lyshunkao Naval Base. 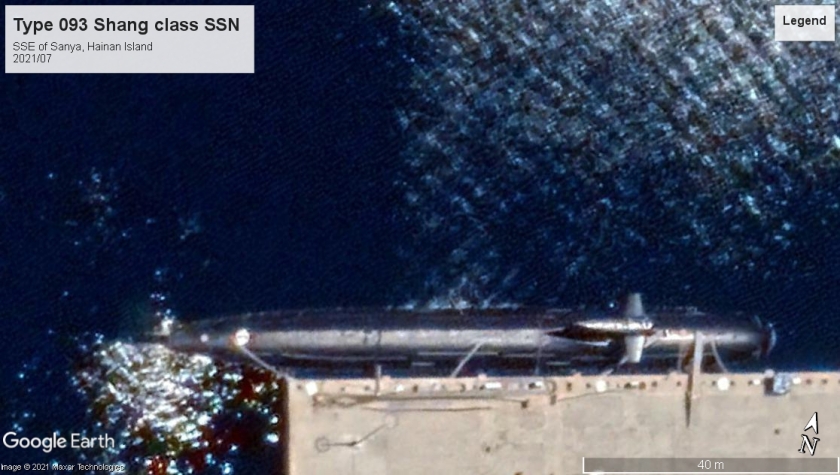 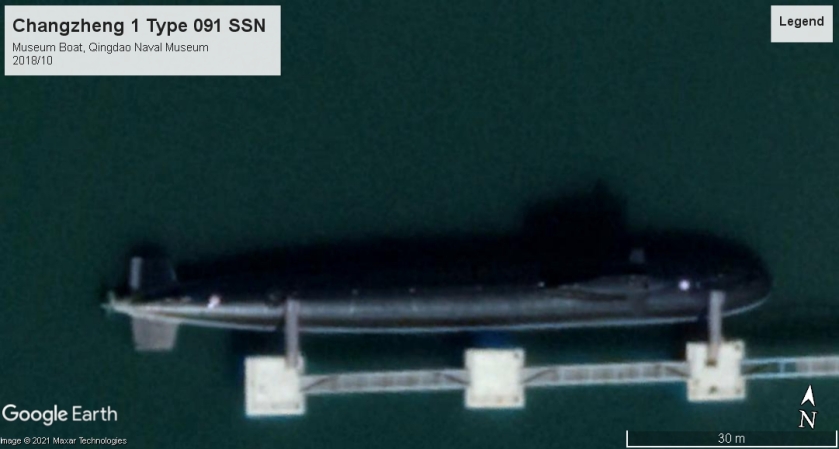 Type 039A (NATO: Yuan class) LOA 255′ TDISP 3,600 tons submerged. (up to 18 active, service since 2006) based on the Russian Kilo class with several modifications, including Air-Independent-Propulsion.

Type 033 LOA 252′ TDISP 1,830 tons submerged. Chinese-assembled Romeo class submarine with improvements. (84 built, a few may still be training submarines, and several are preserved as museum boats, service since 1962) There may be issues with the identification of some of the below museum boats, as some seem to have overlapping locations.

Chángchéng 237 (1978-1998) museum boat at the Qingdao Naval Museum. Fate uncertain, as it disappears from its berth around 2012, while the 2012 capture showing a deteriorated or partially-dismantled boat. 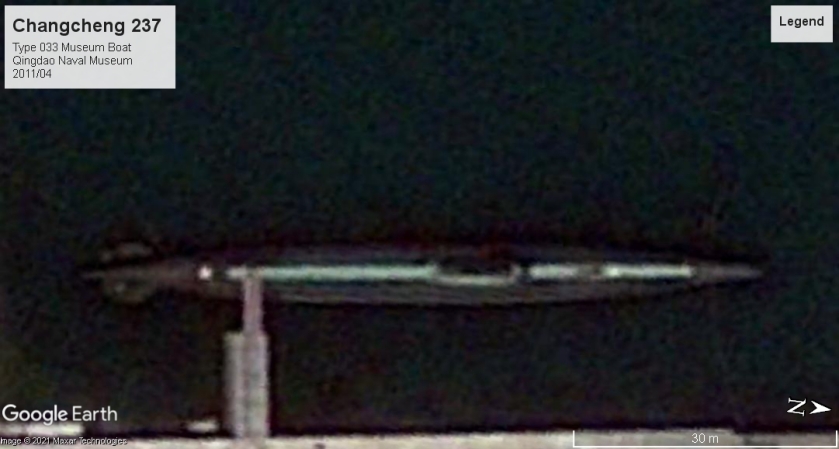 Chángchéng 280 (1980s ca. 2004) Museum boat at Oriental Land park, Shanghai, beside the large fake aircraft carrier. It is possible that this submarine was disassembled and components were reassembled in situ, or that the sub, like the carrier, is simulated. 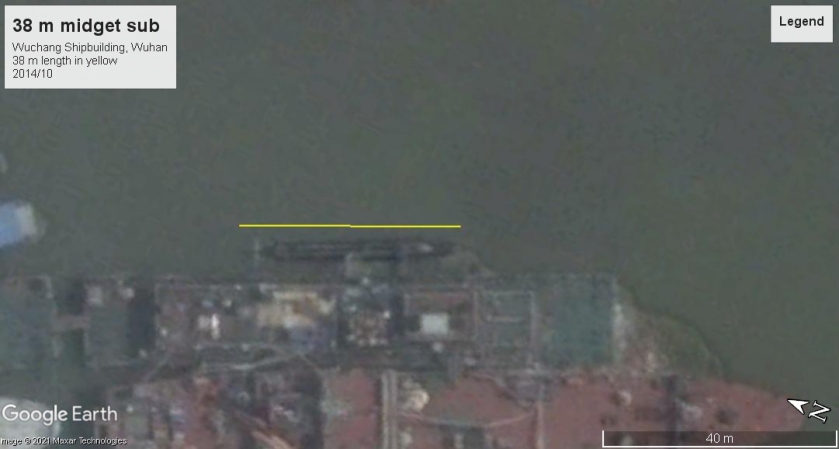