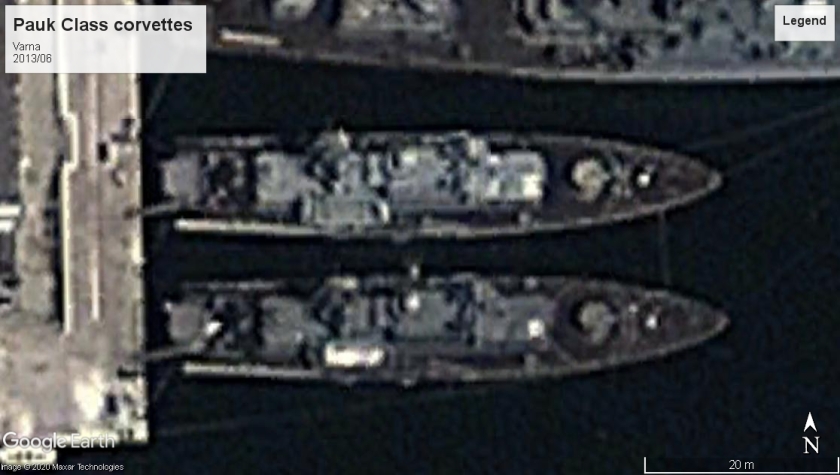 Poti Class LOA 195′ TDISP 580 tons. 66 were built for the Soviet Union in the 1960s, all decommissioned by the late 1980s. 6 exported to Bulgaria starting in 1968. These were operated longer than other navies that received exports, all out of service and scrapped by 2005. (4 transferred to Bulgaria from USSR, all retired) 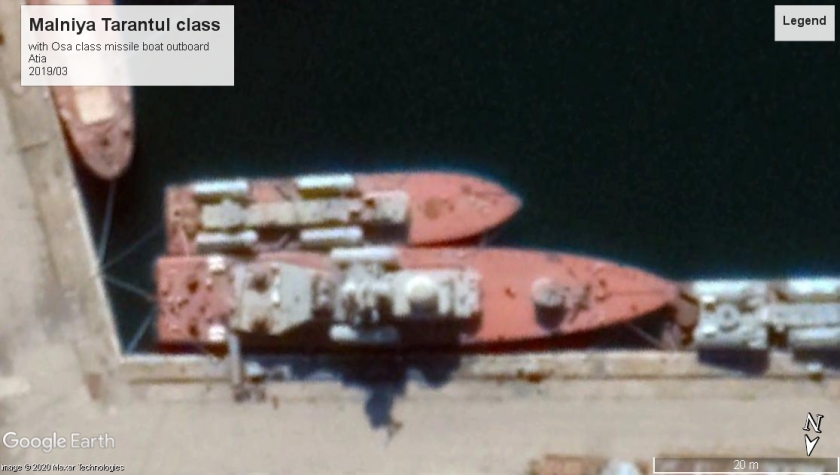 Osa Class LOA 127′ TDISP ca. 200 tons. Bulgaria has both Osa I and II classes, with the visual difference being the shape of the missile tubes: Osa I have “dust-bin” square shaped tubes, while Osa II have streamlined launchers. See Russian Navy Corvettes and Patrol Ships for more views and info. Two Osa Is were transferred during 1972 from the USSR, while four Osa IIs followed during 1977 and 1982. Though both variants still appear in recent imagery, it is unclear if they are still operational.

Derelict ship located at Varna naval base LOA 135′ TDISP unknown. This has been deteriorating on this spot since 2003. This may be one of the six SO1 class large patrol vessels transferred from the Soviet Union in 1963. According to russianships.info, these were all out of service by 1985.